The Subliminal Influence of Ambient Music on Shoppers

We are all accustomed to hearing ambient music in public spaces, everywhere from DIY shops to supermarkets. In any other situation, such as when driving in the car or listening to an album at home, music can set your mood. But in shopping malls and shops, ambient music is so common that we usually don’t pay conscious attention to what we are hearing.

But just because customers aren’t paying attention to music, that doesn’t mean that retailers don’t take advantage of the subtleties of musical choices as a tactic to make customers spend more.

In one study, researchers played tunes which would be typically regarded as either French or German on alternate days around the shelves of products in a wine shop. They found that on days when French-style music was played, shoppers would be more likely to purchase French wine from the shop. Similarly, customers could be coerced into purchasing more German wine by playing German music.

Disconcertingly, when shoppers were asked about their experiences in the wine shop, they said that they were unaware of the music and the effect that it was having on their purchases (North, Hargreaves and McKendrick, 1999).1

Because we don’t pay attention to in-store music, it has been the subject of extensive research in an effort to discover which types of music make us spend more time and money in shops. Let’s look at some other factors which affect the influence music has on customers:

Shopping to the Beat: Track Tempo
The mood and atmosphere of a shop that music contributes to are essential in influencing customers. Specifically, it is the pace, or tempo, of ambient music that can have the most significant effect on shoppers.

In an experiment conducted in a U.S. supermarket, Milliman (1982) played various pieces of background music with varying tempos each day – some fast, others slow. Meanwhile, he tracked the speed of customers as they shopped, and recorded the supermarket’s total daily profits.2

Milliman found that when fast-paced music was played, shoppers walked more quickly through the shop. This gave them less time to make impulsive purchases and to absorb the range of items for sale on the shelves. Conversely, slow-tempo music had the opposite effect – it slowed customers down as they shopped and people purchased more during their visit.

As a result, significantly higher daily profits were earned by the supermarket simply by playing slower background music in the shop.

Chart Toppers vs Unknown Tracks
Shopping habits, including the shops that we choose to visit over others, depend on our past experiences in a store. Unpleasant experiences, such as overcrowded aisles, can deter people from returning to a shop. Therefore, you might assume that a shop playing a person’s favorite music would make them feel at home and at ease throughout their experience.

Yalch and Spangenberg (2000) looked at the effect of playing well-known music compared to music which customers would likely not be familiar with in a shop. In the study, shoppers were given either a fixed length of time to shop or a less restrictive time allocation. As they shopped, either obscure or easily recognised tracks were played as background music.3

The effect of familiarity with the background music on shoppers’ behavior was surprising. Of the participants given no time limit, those who heard recognisable tracks spent nearly 8% less time shopping, whilst people who heard unfamiliar music perceived time to pass quicker.

Researchers explain this by the level of arousal which recognisable music generates: when paying more attention to the music, time may have seemed to pass slower, leading to the customers hurrying their shop.

Bach vs Bieber: How classical music make you spend more
The type of ambient music being played in a store, regardless of whether or not customers recognise the tracks, can also influence consumers’ behavior. Take classical music, for instance. The genre of classical music, with its enduring, rarely intrusive, instrumentals, is often associated with sophistication and ideas of luxury, more so than a regular chart hit by a pop artist. But can a shop manager make his or her customers feel more affluent and willing to spend more simply by playing classical music?

On the days when classical tunes were played as background music around the shelves of wine, customers would spend more in the shop, purchasing more expensive types of wine than when they heard chart music being played. These findings suggest that an atmosphere of wealth whilst shopping can lead you to increase your spending in line with this manipulated shopping environment.

Other Genres
Classical music may affect the choices wine shop customers make, but it is rarely heard in supermarkets and other popular shopping destinations. What effect do other genres of music have on customers?

Jacob et al (2009) further investigated the impact of different musical genres on customers in a study of florist shop visitors. They monitored customers’ purchasing decisions when either no music, pop tracks or ‘romantic’ music were played in the background of the florist. The researchers found that romantic music had the greatest effect in persuading customers to spend more on the florist’s offerings.5

However, it’s important to understand that different track selections played as ambient music can affect each person differently. A track will affect somebody to different degrees if it is a particular track that they love, compared to one that they loathe – you might rush your shopping to avoid the latter!

Apart from our individual reactions, which are based on each person’s tastes and past experiences, different attitudes to music in shops have been found across various population demographics. For example, Kellaris and Rice (2006) women react to more to quieter music than men do. 6

Combining Music
The research we have looked at has had implications for shop managers worldwide. Analysts of consumer behavior now take into account music and a plethora of factors when creating and improving customers’ experience in their stores.

But we know that ambient music is not the only influence on our shopping patterns: product variety, quality and pricing all affect the choices that we make. However, the effect of the shopping experience is significant, and it has been suggested that music has more of an influence on customers when other factors are taken into account.

One study, looked at a multitude of situations in a mock-up shop, including one situation in which Christmas music was played, another where a Christmas scent permeated the air, and another where the music and scent were combined. Researchers found that the scent alone had a negative effect on shoppers’ behavior. However, when the scent was combined with seasonal music to match, a coherent, fuller experience was created, and as a result, they had an opposite, more positive effect on shoppers (Spangenberg, Grohmann and Sprott, 2005).7

These results show how music can reinforce a message and emphasize the influence of the entire, holistic shopping experience on customer behavior. 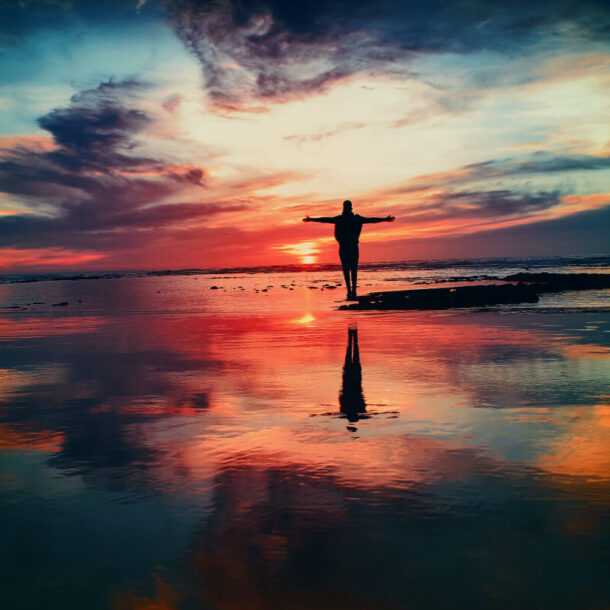 The power of music: how it can benefit health
Previous Article

The Most Relaxing Music in the World
Next Article